Cerebral palsy (CP) is the most common physical disability in childhood — but it gets the least amount of attention from the media. CP deserves recognition, and I’ve decided to do something about it.

Due to my idea and the help of a local sponsor, The Seattle Great Wheel lit up on World CP Day, October 6, 2018. I was also instrumental in getting the historic event announced on two local television stations.

I wanted to do more, so, I created the official Go Green for CP Facebook page. Then, I rolled up my sleeves and went to work. I’ve sent thousands of e-mails, messages, etc. to places in the United States and other countries asking them to light up in green on both National Cerebral Palsy Awareness Day (March 25) and World CP Day 2019 (October 6). The response has been amazing. My goal is to get all fifty states represented! 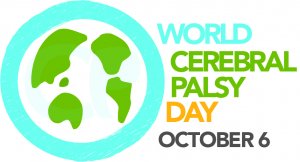 **NOTE: I am first person ever to accomplish this, and it was a solo endeavor.**