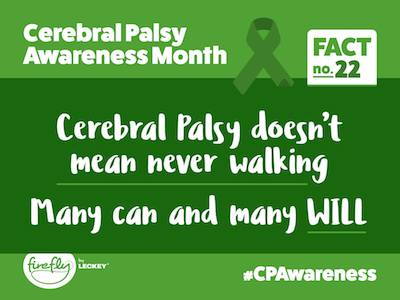 Have You Heard These Popular Cerebral Palsy Myths?

You can read more facts about cerebral palsy in this article I wrote for The Mighty.

We debunk more popular cerebral palsy myths in this video:

What are some of the wacky things people say to you about cerebral palsy? How do you respond? COMMENT BELOW!