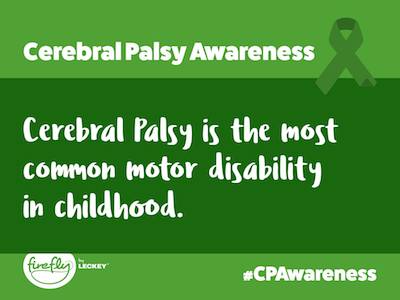 We’re celebrating cerebral palsy awareness month in March!  How can you help raise awareness for the 17 million people with CP? Start by wearing green!

Here are Firefly’s 31 cerebral palsy facts for each day of the month:

Thanks to Firefly for educating us about cerebral palsy! Visit their FB Page to view the postcard gallery. I look forward to celebrating Cerebral Palsy Awareness Month with you on my CP page!